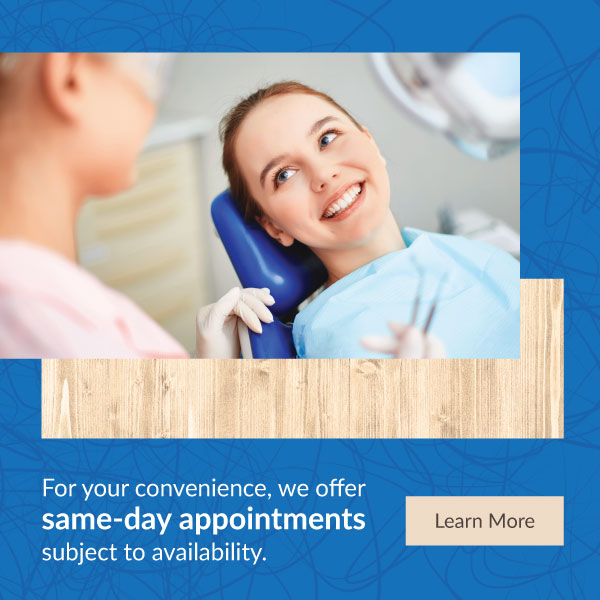 The Interesting History Behind Oral Care: Imagine, Life Without Toothpaste…

When you brush your teeth in the morning, and before you go to bed, you probably don’t stop to think about how your life (and your teeth) would be very different without modern personal care items like toothpaste, toothbrushes, and dental floss.

For thousands of years, human beings have been tending to their teeth and gums to preserve both their health and quality of life. However, how we have done so has changed a lot over the last few thousand years.

The Ancient Origins of Oral Care

Oral health and oral care have a long history. Though humans had already been around for quite some time, it wasn’t until 2600 BCE that we encounter the first mention of professional dentists. Hesy-Re, an Egyptian scribe, is widely considered to be the first dentist. Inscribed on his tomb is a list of his titles, including “the greatest of those who deal with teeth.” This inscription is the earliest known reference to individuals as professional dental practitioners.

Between 500 and 300 BCE, both Hippocrates (whom the Hippocratic Oath is named after) and Aristotle wrote about dentistry. They wrote about the eruption pattern of teeth, how to treat tooth decay and gum disease, and describe rudimentary dental methods such as using forceps to extract teeth and stabilizing fractured jaws and loose teeth using wire.

Oral care expanded under the Etruscans between 166-201 CE. Here we see the first known use of dental prosthetics, which consisted of fixed bridgework and gold crowns.

In 700 CE, we see another great leap in dental care: the first fillings. A Chinese medical text from that era mentions using silver paste, a rudimentary form of amalgam, to maintain good oral health.

Dentistry as a Profession

Dentistry first begins to emerge as a regulated profession in France in 1210 CE, when the Guild of Barbers was formed. Barbers would eventually be split into two groups: surgeons, who performed complex surgical and medical procedures, and lay-barbers or barber-surgeons, who handled more routine services, including bleeding, shaving, and tooth extraction.

The first dedicated book about dentistry was written by Artzney Buchlein and published in 1530 in Germany. It was called the Little Medicinal Book for All Kinds of Diseases and Infirmities of the Teeth and covered practical topics such as tooth extraction, drilling teeth, oral hygiene, and the placement of gold fillings.

Pierre Fauchard is credited with being the father of modern dentistry. His book, The Surgeon Dentist, A Treatise on Teeth (Le Chirurgien Dentiste), was the first book to outline a comprehensive system for practicing dentistry and included sections on basic oral anatomy, operative and restorative techniques, and the construction of dentures.

Oral health practices and dentistry as a profession have both come a long way over the last few centuries. Modern humans benefit from a variety of advanced surgical and dental techniques, performed by trained and trusted professionals. These procedures are designed to both safeguard our teeth and deal with issues such as gum disease and tooth decay. We also have a wide variety of tools that we can use at home to better safeguard our oral health, but these tools in their current form are relatively recent inventions.

The Origins of Toothbrushes

The act of using tools to clean our teeth began in about 3500 BCE when ancient Egyptians and Babylonians used frayed twigs to remove plaque, food, and other debris. These twigs would one day evolve into modern-day toothbrushes.

These rudimentary tools saw their next major evolution in 15th century China when people began attaching natural bristles (such as those found on the necks of pigs) to bone or bamboo handles. After the first toothbrushes were brought to Europe, the pig’s bristles were replaced by horsehair bristles or feathers, whose softer texture better suited European tastes.

The History of Toothpaste

Ancient toothpaste, just like its modern counterparts, was used to keep the teeth and gums clean, freshen breath, and whiten teeth. However, ancient toothpaste was made from a variety of ingredients, including ash, powdered hooves, and burnt eggshells. The Greeks and Romans preferred extremely abrasive toothpaste, and often utilized crushed bones and oyster shells. Chinese toothpaste utilized a wide variety of different ingredients, including mint, salt, and ginseng.

The first toothpaste specifically developed to combat bad breath were developed by the Romans and made using charcoal and bark.

Toothpaste began to evolve into its modern form in the 1800s. European toothpaste at this time included soap and, occasionally, betel nut. In the 1850’s many formulas included chalk and a home encyclopedia published in the 1860s included a recipe for homemade toothpaste that contained ground charcoal.

Most toothpaste contained soap until 1945 when it was replaced with other ingredients to make the paste smoother. Many formulas opted for sodium lauryl sulphate, which remains a common ingredient in modern toothpaste. Toothpaste containing fluoride was first debuted in 1914, which also saw a shift towards less abrasive toothpaste that aimed to help prevent problems associated with overzealous brushing.

The Origins of Dental Floss

Dental floss was first used in 1815 when a New Orleans dentist began recommending his patients clean between their teeth using silk threads. This idea soon caught on, and the first commercial unwaxed silk dental floss was sold by the Codman and Shurtleff Company of Randolph, Massachusetts, in 1882.

Soon afterwards, Johnson & Johnson began manufacturing their own silk dental floss, which they patented in 1898.

Dental floss changed dramatically in the 1940s when a wartime ration on silk forced manufacturers to rethink their formulas. Nylon became the material of choice, favoured for its consistent texture and resistance to shredding when used. Switching to nylon paved the way for waxed dental floss, as well as the development of dental tape (a wider, flatter version favoured by patients with larger than average teeth gaps) in the 1950s.

Our lives would look very different without modern dentistry and dental tools such as dental floss, toothpaste, and toothbrushes. These revolutionary inventions make it easier than ever to practice good oral hygiene, and the evolution of modern dentistry practices (such as exams and cleanings and root canals) means that we now enjoy a level of dental health and hygiene our ancestors could only dream of. 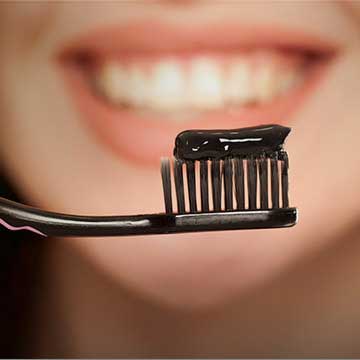 Are charcoal based toothpastes and products safe? 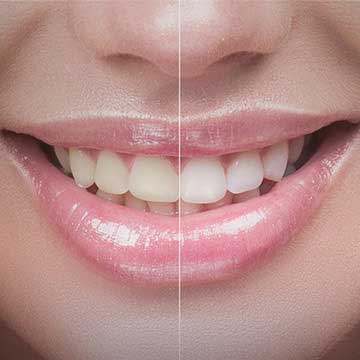 Are You Making These 10 Teeth Brushing Mistakes? 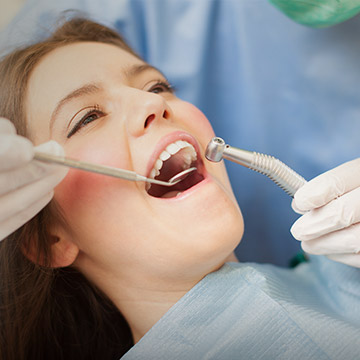 Dentists May Be the First to Spot Health Conditions